Browse through The Blog for more great articles:

We’ll take any chance we can get to brag about how truly extraordinary our residents are here at Wentworth Senior Living. A few months ago, we featured resident love stories for Valentine’s Day, but this month we’re featuring a different kind of love story – one between our veteran residents, and our country.

We are proud to report that over 15% of our resident community here at Wentworth Senior Living is made up of veterans. We recently sat down with three of those residents to learn more about their story, ask their advice, and pay respect to their time in the service. 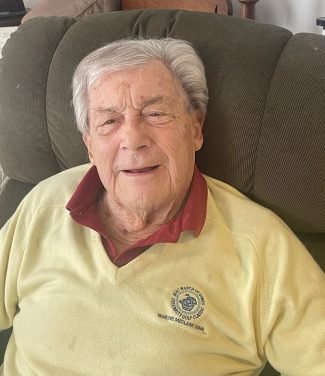 At the age of 18, Frank decided he wanted to be a pilot in the Air Force. However, because he enlisted just after V-E and V-J Day, they had closed the piloting schools. He was given the option to reenlist for 2 years or be honorably discharged. He chose to enter the Army and was part of the Military Police Force.

Traveling to different places! I got to go to Colorado, North Carolina, and Oregon. Being part of the Military Police Force you got to see a lot of stuff. I also met some wonderful guys along the way who I still keep in touch with today.

I was very young, 18 years old when I entered the service, and became very adaptable. I had never traveled before, so I made the best of it. I liked the food they gave us and I went to basic training in Biloxi, Mississippi in the summer and actually liked that too. 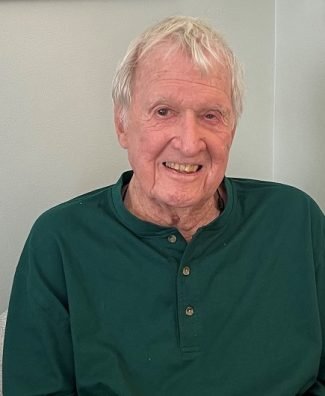 Stationed: On a ship in the Pacific during WWII and at sea during the Korean War

Nob became a Merchant Marine at the age of 16. He originally wanted to join the Navy but at the time was too young. During his time as a Merchant Marine, he sailed all over the Pacific and offloaded at Okinawa. After V-J Day he came back to the United States and went to college at Dartmouth. Post graduation, he went to Officer Candidate School (OCS) and then entered the Navy as a Commission Officer during the Korean War. In 1954, he met his first wife when he was on leave in Paris. They got married, and had their first of three children in France before they moved back to the United States. After 37 years living and working in New York City he returned to his home on Nantucket and served in various civic jobs as President of Residents Association and as a Knight of Malta.

I have a few prominent memories. The first being V-J day in Okinawa, one night we all of a sudden saw tracers in the air and thought they were kamikazes but then we noticed they ended up making a “V” in the sky for Victory Day. My other memories are my wedding in Paris and the birth of my children.

Following orders from someone with seniority without question. 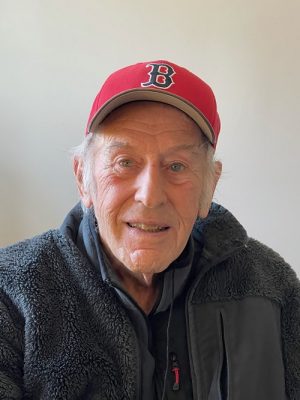 Bob went into the service when he was 20 years old. He was first stationed in France and after a year he was sent to Germany. He was an Electronics Technician and worked on jet fighters. While overseas, he bought his first Austin Healey car, which ignited his love affair with collecting/enjoying British cars. Today he is the proud owner of a British Allard and even showcased it at the Rye Car Show last fall.

There are so many memories that I have it is hard to pick just one. But when I was in Germany I took leave and went skiing in the Alps and that was great. Another one is when I worked on jet fighters and my base went to gunnery practice in Libya. I had a great time over there.

I learned so many things. I also met a lot of nice people from all over the country and we became good friends when we were in the service together.

We are both proud and humbled to celebrate the veteran community we are lucky to have here at Wentworth Senior Living. Hopefully, learning about the experiences and takeaways of Frank, Nob, and Bob made you aware of the experiences of our country’s brave service members. We encourage you to take some time this month to reflect on the sacrifices of our veterans.

Thank you to all of our veterans at Wentworth Senior Living!