Browse through The Blog for more great articles:

Here at Wentworth Senior Living, we embrace the opportunity to celebrate! From group outings to seasonal events, and even a door decorating contest, we have a calendar full of fun for our community. So, it should come as no surprise that our residents don’t shy away from getting into the holiday spirit when Halloween rolls around.

To celebrate spooky season, we sat down with three residents at Wentworth Senior Living to learn more about their Halloween memories, favorite candies, and more! 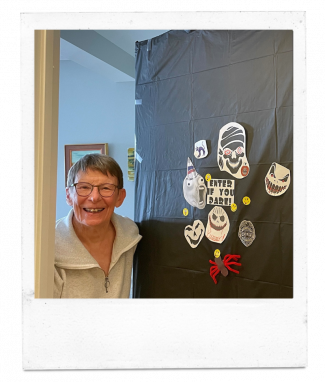 Growing up in Creighton, Nebraska, Bobbie remembers Trick or Treating with her siblings (on their own)!  All the treats were homemade back then… popcorn balls, candy apples, cookies – yum!

Instead of opting for sweet costumes, she has tended towards scary costumes. However, she did “make a statement” one year and dressed in traditional Native American garb to assist in calling attention to horrible conditions on the nearby reservation. Bobbie, a lifetime activist!

Bobbie raised her son in a New York City high rise, so instead of Trick or Treating they attended Halloween parties for the kids, filled with candy treats, and apple bobbing! Her favorite Halloween treat has always been candy corn.

This year she plans on dressing to scare and hopes to frighten but also bring joy to her WSL friends!! She is very excited to attend the WSL Halloween Party. 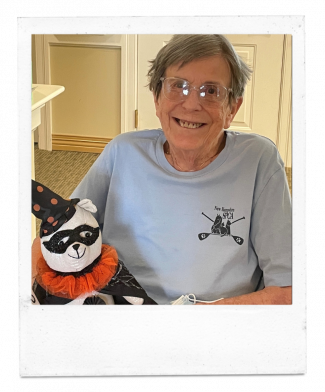 It was very rural where Janet lived as a little girl in California, so they did not do much trick or treating but rather dressed up and visited friends and family. She fondly remembers an elaborate Witch costume her mother made from scratch and tells us that she did the same for her daughter Jessica when the time came… full circle! A Skeleton costume she made for her son also brings back warm memories. He loved it so much he wore it for several Halloweens in a row!

Janet tells the story of one year, going out to Trick or Treat when she was finally of age to go unaccompanied by parents.  She and her friend had a nagging feeling that they were being followed so they quickly ran into a home of someone they knew to let an adult know.  Turns out, it was her Dad just being sure they were safe!

Janet loves anything dark chocolate, and also candy corn.  She plans on attending the WSL Halloween Party this year! 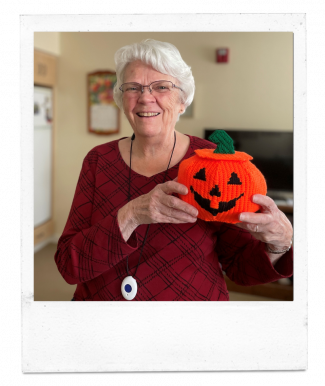 Growing up in a modest home, Barbara recalls making costumes from things around the house such as cutting “eyes” out of paper bags and putting them over their heads. She fondly laughed remembering this! Much like her fellow WSL residents, she recalls all homemade treats being handed out in her neighborhood on Halloween, not wrapped candy!

Once Barbara had her own family, she loved sewing and creating all of their costumes in preparation for Trick or Treating. Funny enough, she also made a skeleton costume for her son! Barbara smiles when she remembers her husband sneaking all the Reese’s Peanut Butter Cups out of their children’s treat bags… he just couldn’t resist!

Barbara is looking forward to attending our WSL Halloween Party and hopes that some of her family will be able to join in on the festivities as well!

From homemade costumes to nights of trick or treating, the Wentworth Senior Living community knows how to celebrate! We hope you enjoyed hearing about some of our residents’ Halloween memories, and plans for this year. Happy Halloween!

A community you can call home. See for yourself.